The National Executive committee(NEC) metting of the People’s Democratic Party (PDP) was held on Thursday at the party’s national secretariat in Wadata Plaza wuse,Zone 5 Abuja.

Bukola Saraki was appointed National leader of the People’s Democratic Party during the meeting,replacing senator Ike Ekweremadu,who held the post before the defection. 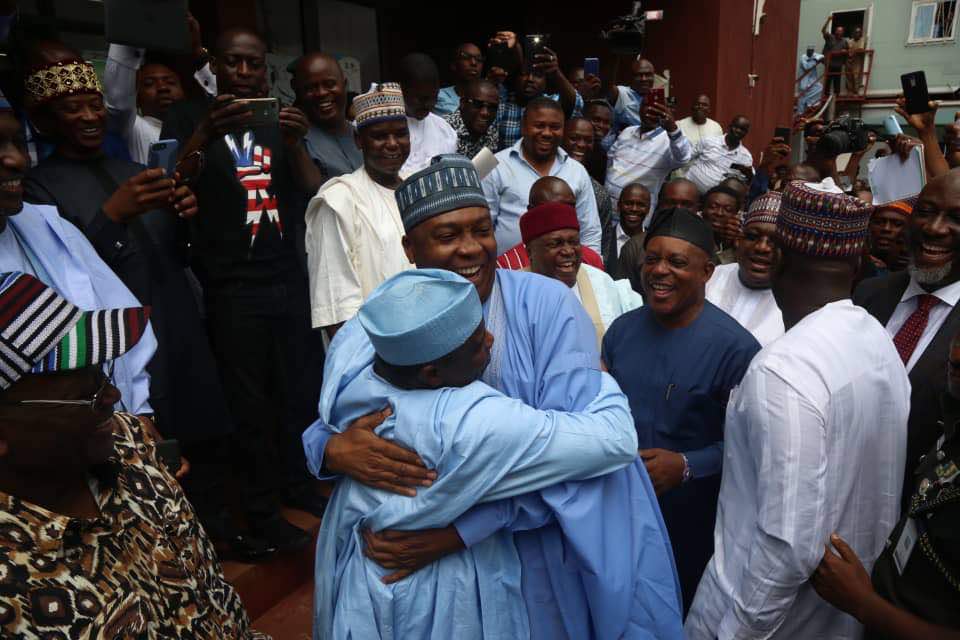 Governor Samuel Ortom was reportedly given a rousing reception upon his arrival, alongside other party stalwarts,who received one another with cheers and hugs.