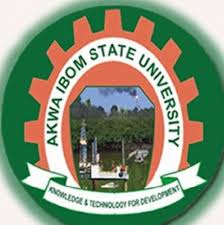 The Vice Chancellor of Akwa Ibom state University Prof Eno Ibanga has stated that the University has adopted the strategy  of stripping of prospective students naked,during admission screening exercise in the university as a way to checkmate large influx of cultist into the university.

This was confirmed during a brief interview with the university chancellor,who stated that prospective students with tattoo marks all over their body would not be offered provisional admission into the university. .he further stated that

“That is why we are striping them because they say prevention is better than cure and we will not stop doing it because it pays off in Akwa Ibom State University. The prevalence is very limited if you have ever heard.

“What we do here is we don’t give them (cultists) opportunity to manifest. As a university we put machinery in place to curb excessive even in synergy with local communities”

Prof Eno,explained that the school authority also works with the community vigilante groups, who helps ensure that the movements of the students are restricted around 10:00pm,so as to prevent further Infractions with villagers and the vigilantes